Hall gets exemption to Genesis Open 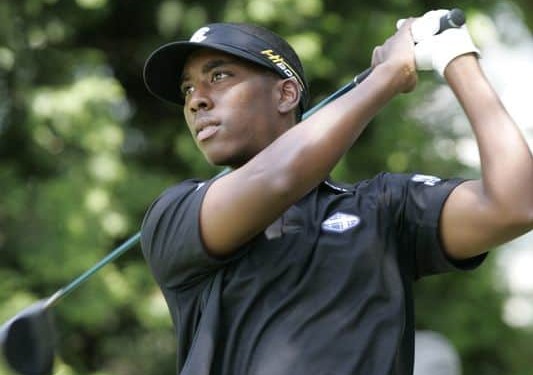 Kevin M. Hall, who plays on the SwingThought Pro Golf Tour and the Advocates Pro Golf Tour, has been awarded the Charlie Sifford Memorial Exemption for the Genesis Open next week at Riviera Country Club in Pacific Palisades.

The 34-year-old Hall, who lost his hearing due to H-Flu Meningitis before his third birthday, became the first African-American to earn a scholarship to Ohio State, where he was team captain as a junior and senior.

“It is with great pleasure that I accept the invitation in honor of Mr. Sifford,” said Hall, who led the Buckeyes to the Big Ten Championship and captured the individual title by 11 strokes as a senior.

“I had the privilege to spend time with Mr. Sifford early in my golf career and I am very aware of his history. I am very excited for the opportunity to tee it up with the best players in the world and compete in such a prestigious event as the Genesis Open on behalf of the late Charlie Sifford.”

Hall, who has competed in five PGA Tour events and 11 Web.com events, met Tiger Woods, in his first year as tournament host of the Genesis Open, at a golf clinic in Cincinnati.

That meeting in 1999 inspired him to get serious about golf, Hall said.

“Tiger told me to have a wider extension on the take-away,” Hall recalled. “It helped me hit the ball farther and straighter. Tiger then looked at me and said, ‘see you on Tour someday.'”

The PGA Tour event at Riviera has given an exemption to a golfer representing a minority background since 2009 and this year named it after Sifford, who won the tournament in 1969.