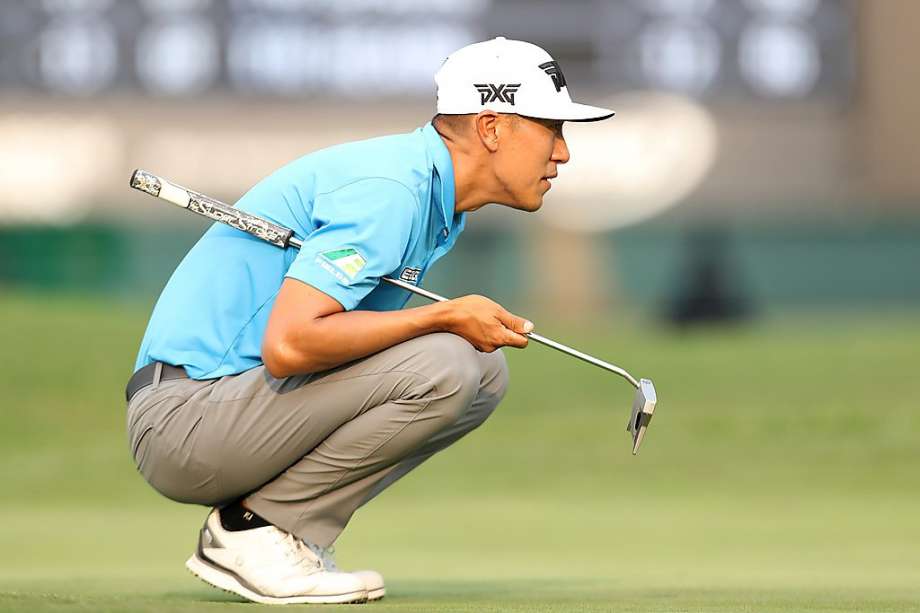 James Hahn won twice on the PGA Tour before battling an elbow injury the last couple years, but seems to be back on track.

Hahn (pictured), from Alameda and Cal, posted a bogey-free 5-under-par 67 and is tied for the lead with Cameron Percy of Australia and Brian Stuard after three rounds of the Safeway Open on the North Course at Silverado Resort and Spa in Napa.

Eight players had at least a share of the lead on the third day in the first tournament of the 2020-21 PGA Tour season.

“I just put myself out of position on the par 5s, something to work on,” said Hahn, who won the 2015 Northern Trust Open and the 2016 Wells Fargo Championship. “And it’s kind of a good thing that I’m not quite all there yet and hopefully I can put it all together tomorrow.

“ … It’s the same as trying to win any golf tournament, I can tell you that, because you’ve heard it before, winning takes care of itself. It takes care of a lot of problems. You know, the medical is just something in the back of my mind, to be honest with you. I come out every week trying to win a golf tournament, so if I can keep my focus there, I think I’m doing things right.”

Hahn carded two birdies on the front nine and three more on the back, but missed a 21-foot birdie putt on the last hole that would have given him the outright lead while finishing with a 54-hole score of 16-under 200.

Percy, who has won six times as a pro but never on the PGA Tour, birdied four of the first 10 holes and two of the last three to shoot 69, while Stuard, whose only PGA Tour victory came in the 2016 Zurich Classic of New Orleans, had three birdies on each nine in a 66.

“It would mean the world to me to win here,” said Percy, whose best finish on the PGA Tour came when he lost in a playoff to Jonathan Byrd in the 2010 Shriners Hospital for Children Open. “It’s always been a goal for me to play in the Masters at Augusta and that would get me there.

“I didn’t play great today, but I managed to keep it in play and make some putts to have a nice score. There’s no defense in golf and I’m going to have to go low tomorrow if I want to win.”

Said Stuard: “I feel like if I drive it well tomorrow and, you know, get the putter rolling, then we’ll see.”

Kristopher Ventura of Norway holed out from 77 yards for an eagle on the ninth hole en route to a second straight 66 that left him one-stroke back in a tie for fourth with second-round leader Sam Burns, who sank a seven-foot birdie putt on No. 17 to card a 72, and Harry Higgs, who followed his 62 with a 70.

Stewart Cink, who won the 2009 Open Championship at Turnberry, collected six birdies on the front nine and is three shots back in a tie for seventh with 2015 Safeway champion Emiliano Grillo of Argentina (65), who won the 2016 Safeway Open for his only PGA Tour victory, Doug Ghim (69), D.J. Trahan (70) and first-round leader Russell Knox of Scotland (70).

Sahith Theegala of Chino Hills and Pepperdine, the 2020 College Player of the Year who is making his PGA Tour debut, shot 64 and is tied for 12th, two-time Safeway champion Brendan Steele of Idyllwild and UC Riverside is tied for 18th after a 70, and Phil Mickelson, who won in his debut on the PGA Tour Champions his last start, carded a 70 and is tied fir 43rd.