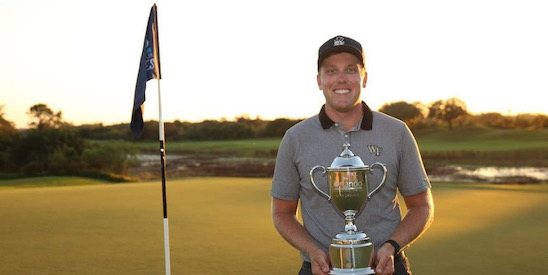 Parker Gillam of Danville, Calif., made a birdie on the second playoff hole to defeat Wyatt Plattner of Sarasota, Fla., and win the Orlando International Amateur on the Panther Lake Course at Orange County National Golf Center and Lodge in Winter Garden, Fla.

Noah Kumar, also of Sarasota, was part of the playoff but bowed out with a bogey on the first extra hole.

“I love being one back and not in the final group,” said Gillam, who previous victory came in the 2019 White Sands Intercollegiate, when he shot 60 in the first round. “I was just worrying about what I was doing and not really caring about what they were doing behind me.

“I didn’t really have any nerves until the last couple holes coming down the stretch and I realized this is going to be close.”