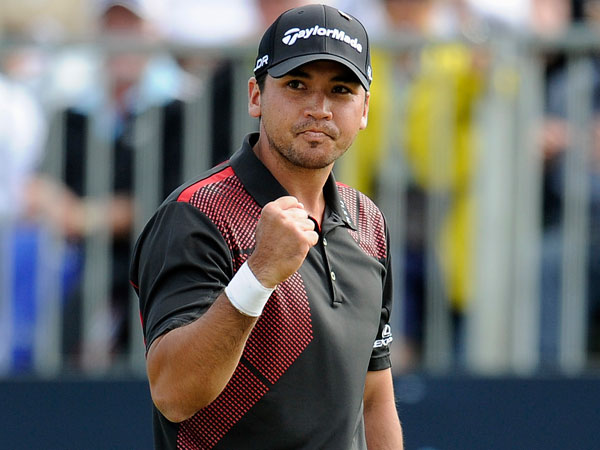 Jason  Day of Australia holed a four-foot birdie putt on the 23rd hole to finally escape unheralded Victor Dubuisson of France and win the WGC-Accenture Match Play Championship at the Golf Club at Dove Mountain in Marana, Ariz.

Day, who claimed his second PGA Tour victory but the first since the 2010 HP Byron Nelson Championship, built a 3-up lead through 12 holes and seemed to be on cruise control, as he didn’t trail in his last 53 holes of the tournament.

However, Dubuisson, whose only pro victory came last November in the Turkish Airlines Open, rallied on the back nine and made a 13-foot birdie putt on the 17th hole before Day left a nine-foot putt for par short on the 18th, sending it to extra holes.  The Frenchman made two miraculous par saves out of cactus bushes on the 19th and 20th holes before Day prevailed.

“It was a long day in the sun and I obviously didn’t want it to go that far,” said Day, who won the individual title and teamed with Adam Scott to give Australia a victory in the World Cup of Golf in November at Royal Melbourne.

“I had to dig down deep and fight, not quit until it was over. You have to handle the nerves. … I never wanted anything so much in my life. I visualized myself with the trophy last night and I’m glad I was able to finish it off.”

Day reached the final earlier in the day by taking the first hole with a birdie and never trailing en route to a 3-and-2 victory over Rickie Fowler.

Dubussion won his semifinal match with a two-putt par on the 18th hole to beat Ernie Els, 1 up, after the South African hit into a greenside bunker and missed his par putt from 13 feet.

Fowler beat Els in the consolation match by holing a 10-foot birdie putt on the 19th hole.