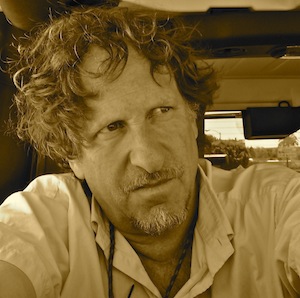 I was recently down in Los Cabos, Mexico, where one gets in the happy habit of using the national soft drink — tequila — as toothpaste, WD-40, hairspray, even to ward off hotel-room scorpions and cucarachas. Everywhere you go in Cabo, someone is offering a tequila shot, no matter the occasion or time of day. “Si, porque no?” I usually answer. When in Rome….

At one of the fine golf courses down there – Puerto Los Cabos – all-day cocktails and handcrafted tacos are folded into the green fees, mightily tempting one to start the day with a wee nip — just to fight off the morning chill, you know? A little habañero salsa couldn’t hurt the cause either!

So there I stood, looking all proper and polo-shirted, slugging down a shot of rotgut just as the sun rose over the Sea of Cortez, mere moments before staring down a narrow fairway and waste areas beckoning with cacti and rattlesnakes. Caramba…

But hey, it’s all about what neurotransmitters are firing at a given nanosecond, right? Could it be that a blast of fermented agave juice might be the silver chemical bullet, the molecular key to a great golf game? Or put another way: could Jack Daniel’s replace Jack Nicklaus as mentor and swing guru?

That, my friends, is the sixty-four peso question: whether one’s brain is nobler or more nimble when bathed in foreign agents – the odd beer, something the doctor prescribes or perhaps even the pungent aroma of burning herbaceous plants.  And, no, Aunt Martha, I don’t mean kale.

I will admit without fear of prosecution that I have tried any and all consciousness changers over the years, from the innocuous lager at the turn, a pre-round painkiller, even an extra hit of my daily blood pressure medication — though, strictly speaking, I am taking the wrong class of drugs for the task.

The right brand is a beta-blocker like Inderal (propranolol), an adrenaline suppressant with a long history of use and abuse by athletes and – are you ready for this? – symphony orchestra  musicians! I would have thought the strongest thing a harpist ingests pre-Brahms is a cup of chamomile tea with honey. Allow me to explain….

See all of those tuxedoed and evening-gowned people holding violins and piccolos and such? Looks like a glamour gig from the cheap seats, stroking those strings and making such beautiful music night after night.

Truth be told, your average oboist has likely just learned to play a very difficult piece in a week’s time and is scared witless they are going to produce some embarrassing clunkers as the evening wears on.

Enter Inderal, the stage-fright killer and drug-of-choice for the longhair set. Similarly, archers and golfers of old used to steady their nerves by dropping a beta-blocker before a match. For bow-and-arrow types, the attendant slowing of the heartbeat meant they could actually fire away between “lub” and “dub,” thus avoiding any even slightly extraneous movement while hunting for bulls-eyes.

Mind you, the PGA (and the Olympics as well) has banned the use of such drugs, along with ADHD stimulant medications like Adderall, which it says “have been reported to make an athlete feel more competitive, alert and allow better concentration and focus … assisting athletes to ‘enter the zone’ during key points of a competition.”

Free annual pass to “The Zone?” Where do I sign up!? Isn’t that why we waste eight hours watching golf on the weekend, to see guys playing out of their shoes? Who cares what they’re on? Major league hurler Dock Ellis claimed to have pitched a no-hitter while on LSD. That’s way more impressive than doing it on four Aleves, isn’t it?

I needn’t add that the PGA also frowns on “natural or synthetic” delta 9-tetrahydrocannabinol, or marijuana, which if it doesn’t reliably enhance one’s performance on the course, at least makes it more amusing when one fails spectacularly. What a heartless governing body the PGA is – don’t they have any sympathy for the legions of young pro golfers suffering from glaucoma?

Lastly, may I invoke the memory of baseball immortal Babe Ruth, whose legendary appetite for booze, babes and big steaks did little to impact his ability to clear the fences with one mighty swat. And I hate to say it, but our own Tiger Woods seems to have had a better winning formula going when he was on a similar, um, regimen. Heck, I don’t care how he did it, it sure was exciting to watch! You like him better now that he’s behaving like a choirboy?

As the great American philosopher Larry the Cable Guy says: “Git-R-Done.” Duddn’t matter how, but how many, isn’t that golf cliché number 266? Bottoms up, amigos, it’s tequila time!! FORE!!!