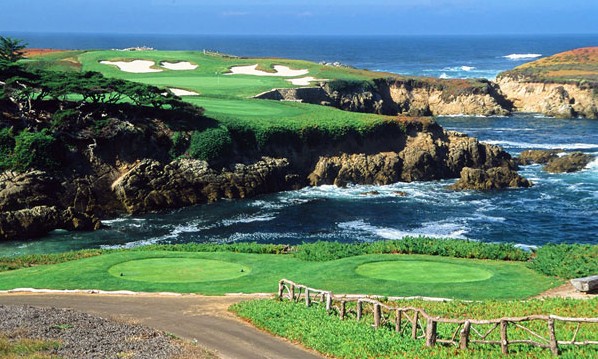 The Walker Cup, which dates to 1922, has been played only twice in California, including when Corey Pavin of Oxnard and UCLA helped lead the United States to victory over Great Britain & Ireland in 1981.

The classic course at Cypress Point, designed by legendary Alister MacKenzie, features one of the most famous holes in the world–the par-3 16th (pictured).

The USGA also announced that the 2021 Walker Cup will be played at Seminole Golf Club, designed by Donald Ross, in Juno Beach, Fla. The site of the 2023 matches in the United Kingdom has yet to be announced.

“To have two of the United States’ greatest courses as host sites will not only produce memorable competitions but reinforces the stature of amateur golf in this country.”

The 2017 matches will be played at Los Angeles Country Club, which also will host the 2023 U.S. Open, and the 2019 Walker Cup will be hosted by Royal Liverpool Golf Club in Hoylake, England.