Crane ahead in Memphis with 63 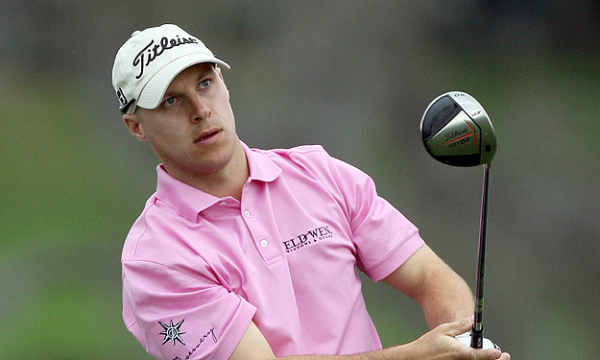 Ben Crane fired a bogey-free 7-under-par 63 and grabbed a two-stroke lead over Peter Malnati in the suspended first round of the FedEx St. Jude Classic at TPC Southwind in Memphis, Tenn.

Crane, who has won four times on the PGA Tour but not since the 2011 McGladrey Classic, sank a 27-foot birdie putt on his last hole of the round, No. 9, to finish the back nine in 5-under 30 before darkness closed in after a three-hour delay earlier in the day because of thunderstorms.

“I hit some shots close, made some long putts and had some great par saves,” said Crane, whose last top-10 finish was a tie for ninth in the Humana Challenge in January. “I just kind of mixed-and-matched, and played awesome.

“These greens are just incredible here and I putted great today. When you get a couple under par early and then make some par saves, the course kind of opens up to you. I was able to hit one close (to within 16 inches) on No. 8 and then made a nice long one on my last hole.”

Malnati, a rookie on the circuit who has missed the cut in seven of his last eight starts after winning the News Sentinel Open on the Web.com Tour last season, carded a 65 and was tied for second with Bill Horschel, who was still on the course at 5-under through 16 holes when play was halted.

Two-time U.S. Open champion Retief Goosen of South Africa recorded a 66 and was tied for fourth with Joe Durant, who finished his 66 with three birdies and an eagle on the front nine.

Phil Mickelson, looking for his first top-10 finish on the PGA Tour this season heading to the U.S. Open next week at Pinehurst, birdied four of his last seven holes to post a 67 and was tied for ninth with 13 others.