Choi grabs lead in Bahamas with 66 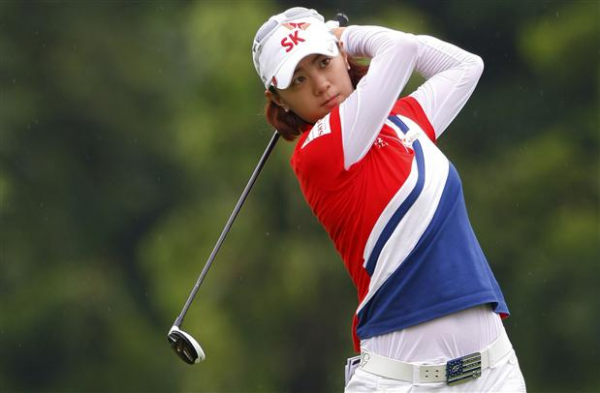 Na Yeon Choi of South Korea birdied three of her last four holes to shoot 7-under-par 66 and take a one-stroke lead over Lizette Salas heading into the final round of the Pure Silk-Bahamas LPGA Classic at Ocean Club Golf Course in the Bahamas.

The 26-year-old Choi, who has won 12 titles as a pro including seven on the LPGA Tour, has made only one bogey in her last 38 holes in the season opener, at No. 17 in round two.

“I think the last three rounds I had a really good swing,” said Choi, whose victories include the 2012 U.S. Women’s Open. “I had so many good shots. But I still have to play aggressively tomorrow. So many players have a chance.”

Salas, who has not won in her two seasons on the circuit, also posted a 66, her second consecutive bogey-free round.

“I’ve been bogey-free for the last two days and I’m feeling great on the greens,” said Salas, who played college golf at USC. “A win is always on my mind, and it’s been a goal of mine since coming close last year in Hawaii.”

Paula Creamer bounced back from a triple-bogey 8 on the 15th hole with a three-foot eagle putt on the final hole to shoot 71 and was three shots back in tie for third with 36-hole leader Jessica Korda, who also eagled the final hole for a 72.

Stacy Lewis, the highest-ranked player in the field at No. 3 in the Rolex Women’s World Golf Rankings, shot 68 and was four strokes behind in a tie for fifth with Amelia Lewis, who had a 66, and Jenny Suh, who came in at 71.

Lydia Ko, the 16-year-old sensation from New Zealand who led after an opening 68 in her first event as an LPGA Tour member, carded a 71 and was in a tie for eighth that included Michelle Wie, who had a 72.