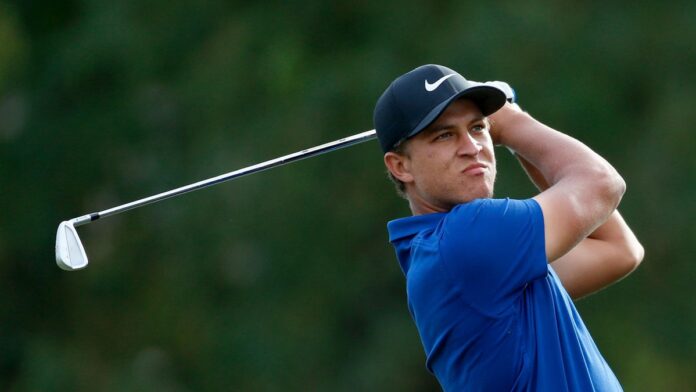 Cameron Champ of Sacramento has tested positive for Covid-19 and has withdrawn from the Sentry Tournament of Champions, the first PGA Tour event of the new year, which starts Thursday on the Plantation Course at Kapalua Resort on the Hawaiian island of Maui.

Without Champ, the field of the tournament for winners only in the last year is down to 38 players.

“Cameron is naturally quite disappointed not to be able to return to action in Maui,” Champ’s representatives said in a statement. “Thankfully, however, he feels good and we were able to confirm this breakthrough case whilst he was still at home in Houston.”

The 26-year-old Champ qualified for the Sentry TOC by winning the 3M Open in July of last year for his third PGA Tour victory. He also won the 2018 Sanderson Farms Championship and the 2019 Safeway Open at Silverado Resort and Spa in Napa.

Champ, who played college golf at Texas A&M, was set to make his first start since missing the cut in the Fortinet Championship in September. He missed the remainder of the year because of a left wrist injury.