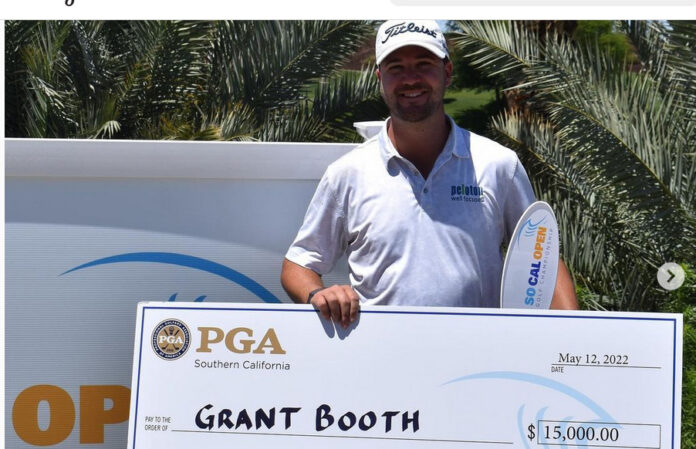 Grant Booth of Scottsdale, Ariz., rallied from four strokes down in the final round to capture the 57th Southern California Open Championship, operated by the SCPGA, by two strokes over David Kim of Buena Park and Christopher Evans of  at Indian Wells Golf Resort.

After making birdies on five of his first eight holes, Grant carded a bogey at No. 15 but then pulled out the victory with birdies on the 16th and 17th holes before making a par on the final hole.