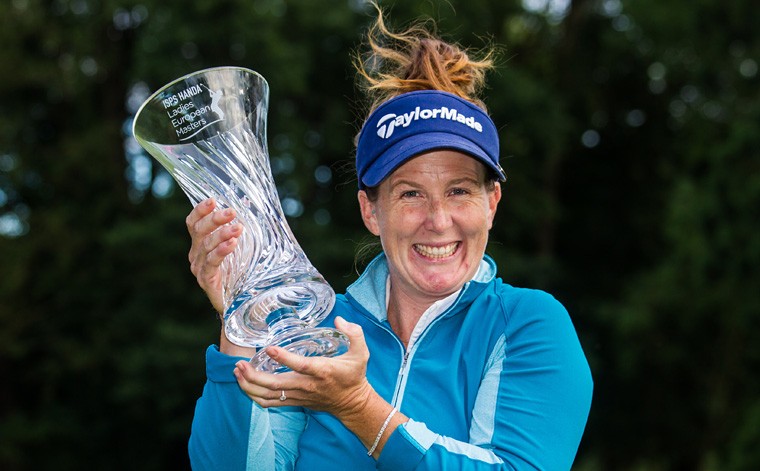 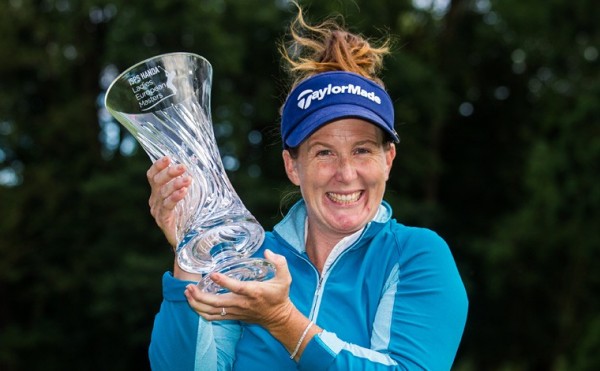 Beth Allen of San Diego claimed her first professional victory by closing with a 5-under-par 67 to win the ISPS HANDA Ladies European Masters by one stroke over amateur Leona Maguire of Ireland at Buckinghamshire Golf Club in Denham, England.

Allen, of Cal State Northridge, came from five strokes behind in the final round by carding five birdies on the front nine and adding another at No. 14 before making her only bogey on the 15th hole.

“I wasn’t sure if it was ever going to happen so I’m really, really happy,” said the 33-year-old Allen, who played at Nordhoff High in Ojai. “I’ve waited a long time for this and I wanted it so, so bad. I’m ecstatic.

“Honestly, I feel like I just showed up and I didn’t have a lot of expectations because I finished second here in 2012. … I thought, ‘Well, I’ll do my best and enjoy it and today. I got off to a really good start and thought maybe this can happen.”

Allen had finished second three times in 11 years on the LET before finally breaking through.

Maguire, 20, the top-ranked amateur in the world who closed with a 69, was tied for the lead with a chance to force a playoff, but hit her approach shot on the final hole over the green into a bunker and eventually missed a five-foot putt for par.

Nontaya Srisawang of Thailand was two shots back in third after a 72, while Nicole Broch Larsen of Denmark shot 70 finish another stroke behind in a tie fourth with Rebecca Artis of Australia, who totaled 71, and 54-hole leader Caroline Masson of Germany, who stumbled to a 75.