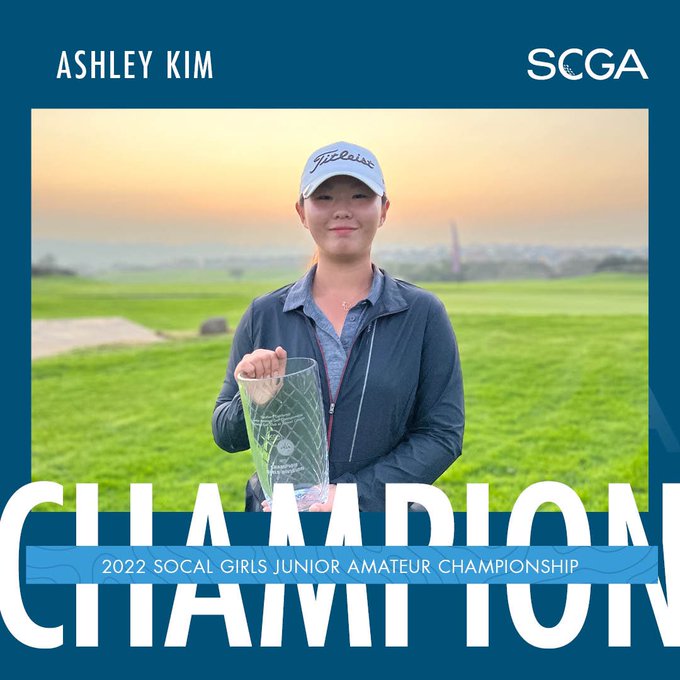 “I tried my best this weekend and it worked well,” said Kim, who made eagles on the 11th hole in the first round and at No. 9 in round two. “Both days I got an eagle on the par-5s, so I think that was my gamechanger. I was trying to focus on the putting. It was a lot of three-footers and four-footers. It worked good.”

“I think I played solid,” said Powell, who has committed to the University of Santa Clara. “Out here you can’t really miss a shot much and consistency was huge. It’s also really tough when you add in the weather element. I think the putting really helped. It saves you when you mess up and it’s the main point I’m going to continue focusing on into this off-season.

“I’m super stoked.  A lot of hard work coming into this and to get this (championship) toward the end of the season feels great. … I’m really happy with where my putting is going. It’s something I’ve been working on a ton and something I put a lot of time and effort into. Getting up and down and (my) short game, it’s huge to me out here. And it’s how you close out golf tournaments. You make putts at the end when they count.”