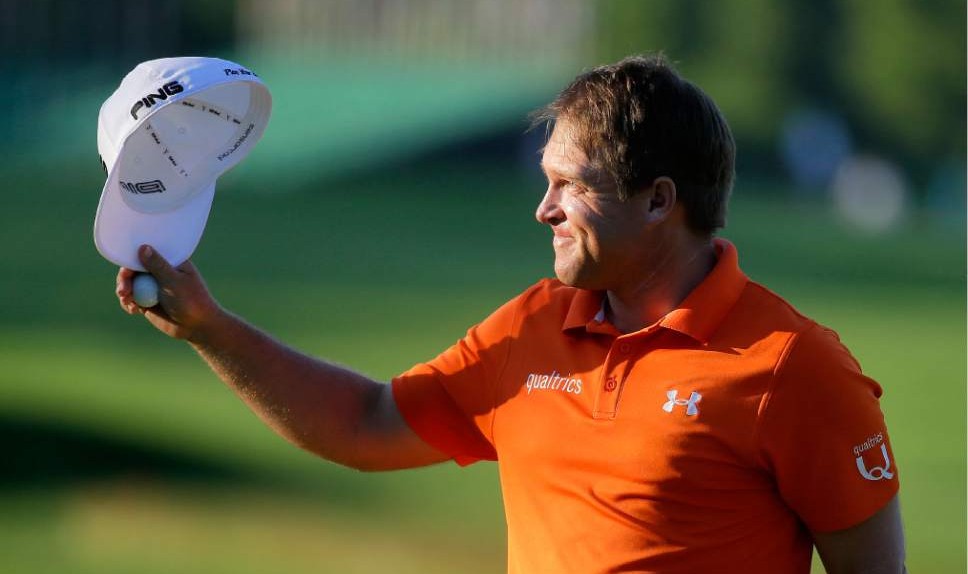 Daniel Summerhays held at least a share of the 54-hole lead three times in the first 184 starts on the PGA Tour and never won. He’s in that spot again.

The 33-year-old Summerhays carded a 4-under-par 68 to take a three-stroke lead over Matt Kuchar after three rounds of the Memorial Tournament at Muirfield Village Golf Club in Dublin, Ohio.

“There will probably be some new feelings tomorrow,” said Summerhays, whose only victory in a professional event came in the 2009 Nationwide Children’s Hospital Invitational nearby at Ohio State’s Scarlet Course when he still was an amateur attending BYU. “There will definitely be nerves. I’ll probably hit a few putts with the hands shaking. But it’s nothing that I haven’t experienced before.

“I can’t put my finger on it, but I’ve had a good run here in Columbus. It reminds me somewhat of the conditions at home (in Utah) with the grass and the weather, the trees, everything.”

Summerhays collected five birdies and made his only bogey on the 13th hole as he completed 54 holes in 13-under 208, taking advantage of Jason Dufner’s collapse after he held a five-stroke lead after opening with 65-65.

Kuchar made four birdies coming and shot 67, while Dufner struggled to a 77 and is four back in a tie for third with Bubba Watson, who shot 68, and Justin Thomas, a three-time winner this season who shot 67.

Rickie Fowler of Murrieta posted a 72 and is another stroke behind in a tie for sixth with Jamie Lovemark of Rancho Santa Fe and USC, who had a 70.

Kevin Kisner, who captured the Dean & DeLuca Invitational last week, posted a 70 and is six down in a tie for eighth with sixth-ranked Jordan Spieth, who totaled 71, and Kevin Streelman, who had four birdies on the back nine in a 67.

Defending champion William McGirt totaled 70 and is tied for 27th.