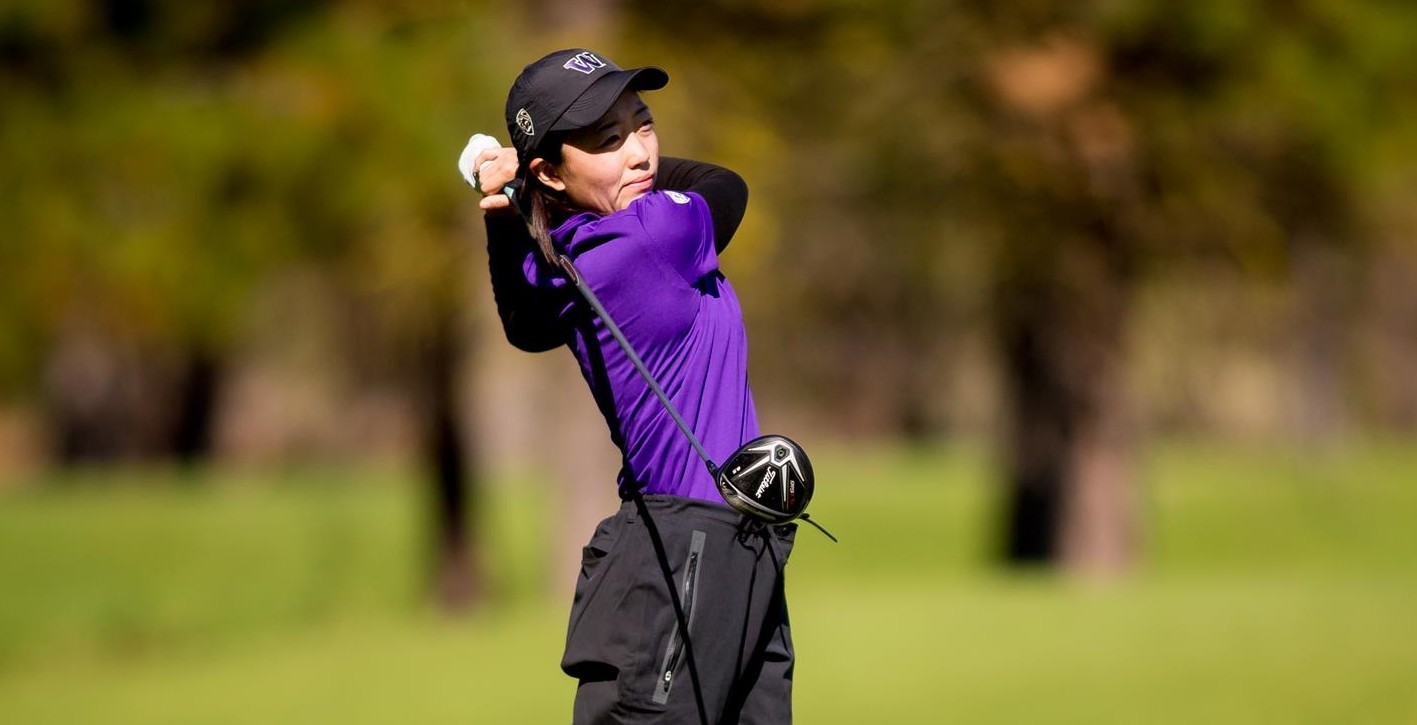 Defending NCAA women’s champion Washington defeated Stanford, 4-1, on Tuesday in a replay of the 2016 national final in the semifinals of the second annual East Lake Cup at East Lake Golf Club in Atlanta.

The Huskies will play Duke, which got past UCLA, 3 and 2, for the East Lake Cup on Wednesday.

For Washington, Ellen Takada (pictured), a freshman from Irvine, beat Casey Danielson, 2 and 1; Julianne Alvarez downed Sierra Kersten, 3 and 1; Sarah Rhee got past Albane Valenzuela and Wenyung Keh defeated Shannon Aubert, the last two by scores of 5 and 4.

Freshman Andrea Lee, who claimed the individual title on Monday, gave Stanford its only victory, 5 and 4, over Eun Won Park.

Ana Belac gave Duke its winning point against UCLA with a 3-and-2 victory over Bethany Wu, and the Blue Devils also got points from Leona Maguire, who beat Mariel Galdiano, 4 and 2, and Elena Carta, who downed Lilia Vu, 5 and 3.

Top-ranked Bronte Law of UCLA defeated Sandy Choi, 3 and 2, and the Bruins got their other point when Clare Legaspi scored a 2-up victory over Lisa Maguire.

On the men’s side, defending national NCAA Oregon defeated Vanderbilt, 3 and 2, and Illinois got past Texas, also by a 3 and 2 count.

The Ducks won the first three matches, with Edwin Yi getting past John Augenstein, 2 and 1; Ryan Gronlund beating Theo Humphrey, 2 up, and Wyndham Clark taking care of Will Gordon, also by 2 up.

For Vandy, Patrick Martin got past Nigel Lett, 5 and 4, and Matthias Schwab beat Sulman Raza, 2 and 1.

Dylan Myer gave Illinois its winning point against Texas with a 2-and-1 victory over Taylor Funk.

Michael Feagles of the Illini took down medalist Scottie Scheffler, 3 and 1, and Edoardo Lipparelli downed Steven Chervony, 2 and 1.

Gavin Hall of Texas defeated Bryan Baumgarten, 2 and 1, and Doug Ghim gave the Longhorns their other point with a 4-and-2 victory over Nick Hardy.

Following Golf Central Pre Game at 11 a.m. EDT on Wednesday on the Golf Channel, the match-play final will be telecast from 3-6 p.m.