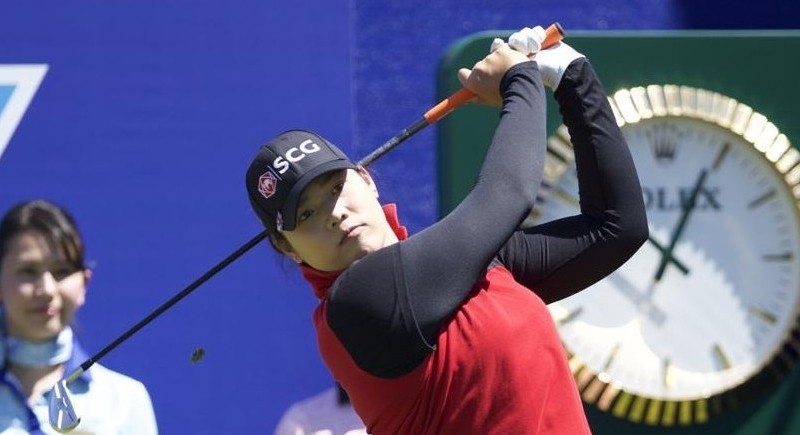 Ariya Jutanugarn has been close before on the LPGA Tour and hopes to finally close the door.

Jutanugarn, from Thailand, collected eight birdies on the back nine Saturday and shot 9-under-par 63 to take a three-stroke lead over Minjee Lee of Australia and Ryan O’Toole in the Yokohama Tire LPGA Classic at the Senator Course on the Robert Trent Jones Golf Trail in Prattville, Ark.

The 20-year-old from Bangkok, seeking her first LPGA Tour victory after blowing a two-stroke lead with two late bogeys in the ANA Inspiration last month, shot 28 on the back nine and had a 54-hole total of 14-under 202.

“This week I’m hitting the fairway and I’m very comfortable with my irons,” said Jutanugarn, whose only pro victory came in the 2013 Lalla Meryem Cup on the Ladies European Tour. “That means I can go ahead and be aggressive.

“In the final round tomorrow I’m going to try to have fun and enjoy every shot.”

O’Toole, who has won three times on the Futures Tour but also is seeking her first LPGA Tour victory, recorded an eagle on the way to a 68.

Lee had four birdies in the first 10 holes and also finished at 68.

“I though the course played easier than it did yesterday becase it was calmer and warmer,” said Lee, 19, who won the Lotte Championship last month for her second LPGA title.

“I see that Ariya is up by a few, but I don’t have a target number in mind for tomorrow, but I have nothing to lose so I’ll just go out and be aggressive.”  So Yeon Ryu of South Korea, the 36-hole leader, had a 71 and was four shots back in solo fourth, while fourth-ranked Stacy Lewis carded a second straight 68 and was another stroke down in a tie for fifth with Morgan Pressell, who wound up at 70.

Laetitia Beck of Israel, who led after a first-round 65, posted a 70 and was six shots back in a tie for seventh with Brittany Altomare (66), Caroline Hedwall (68) of Sweden, Amy Yang (69) of South Korea and Gerina Piller (69).