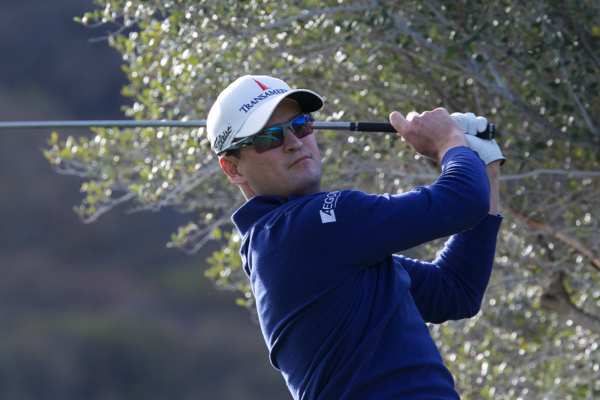 Zach Johnson continued his love affair with the John Deere Classic, carding an 8-under-par 63 to tie Brian Harman and Rory Sabbatini of South Africa for the first-round lead at TPC Deere Run in Silvis, Ill.

Johnson, a local favorite from Cedar Rapids, Iowa, and Drake University who won the tournament two years ago and has finished in the top three in four times in five years, started on the back nine and recorded six birdies on the first eight holes before adding two more on the front.

“It was just solid,” said Johnson, who hit all 14 fairways, 15-of-18 greens and needed only 25 putts. “I got off to a great start (with four birdies in his first five holes) and it just freed me up.

“Obviously, this is a golf course I really enjoy and this is the highlight of my schedule every year. John Deere has done a lot for me and they support my foundation, so I love being here.”

Sabbatini, who has won six times on the PGA Tour but not since the 2011 Honda Classic, also played bogey-free golf with four birdies on each nine, while Harman had six birdies on the last seven holes, making his only bogey at No. 15.

Steven Bowditch of Australia holed a nine-foot eagle putt on his first hole, No. 10, and shot 64 to tie for fourth with Todd Hamilton, who won the 2004 Open Championship at Royal Troon, and William McGirt.

Defending champion Jordan Spieth struggled early but made two late birdies to salvage a 71 and was tied for 80th.