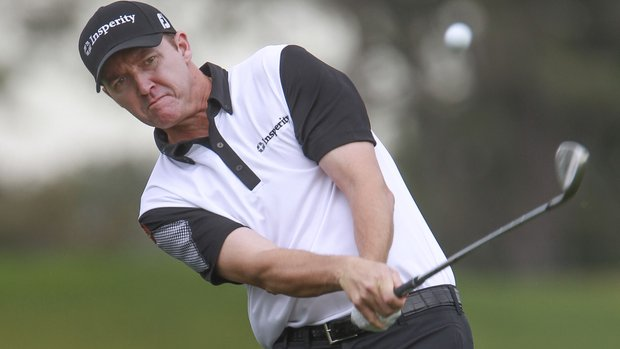 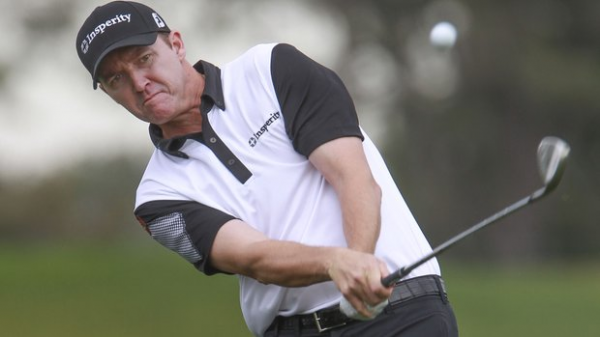 Walker, playing a few miles from his home in Boerne, Texas, did much of his damage on the greens, taking only 27 putts and making seven from eight feet or longer, including three consecutive birdie putts longer than 10 feet through No. 8 while finishing on the front nine.

“This place is notoriously pretty tough,” said Walker, who has claimed his first four PGA Tour victories in the last two seasons after turning 35. “Any time you can get in the 60s on this golf course, it’s a bonus. Just kind of kept trying to build on each hole there at the end.

” … Should be a lot of support from friends and family. I think it’s going to be fun. I look forward to the challenge, and look forward to having a chance. It’s nice to be right there at the top and have a chance. That’s what you’re out here trying to do.”

Hoffman, the first-round leader who is from Poway and UNLV, lost his lead by carding three bogeys while also finishing on the front nine to record a 72, while Baddeley stumbled with bogeys on two of his last three holes to finish at 71.

Kevin Na of Diamond Bar recorded five birdies in a 68 that left him two shots back in a tie for fourth with Jordan Spieth, who came in with a 69.

Brendan Steele of Idyllwild and UC Riverside sank a three-foot birdie putt on the last hole to post a 68 and was four strokes back in a tie for sixth with Billy Horschel, who had a 70, Phil Mickelson, who shot 72, Zach Johnson, who totaled 71, and Chris Kirk, who also had a 71.