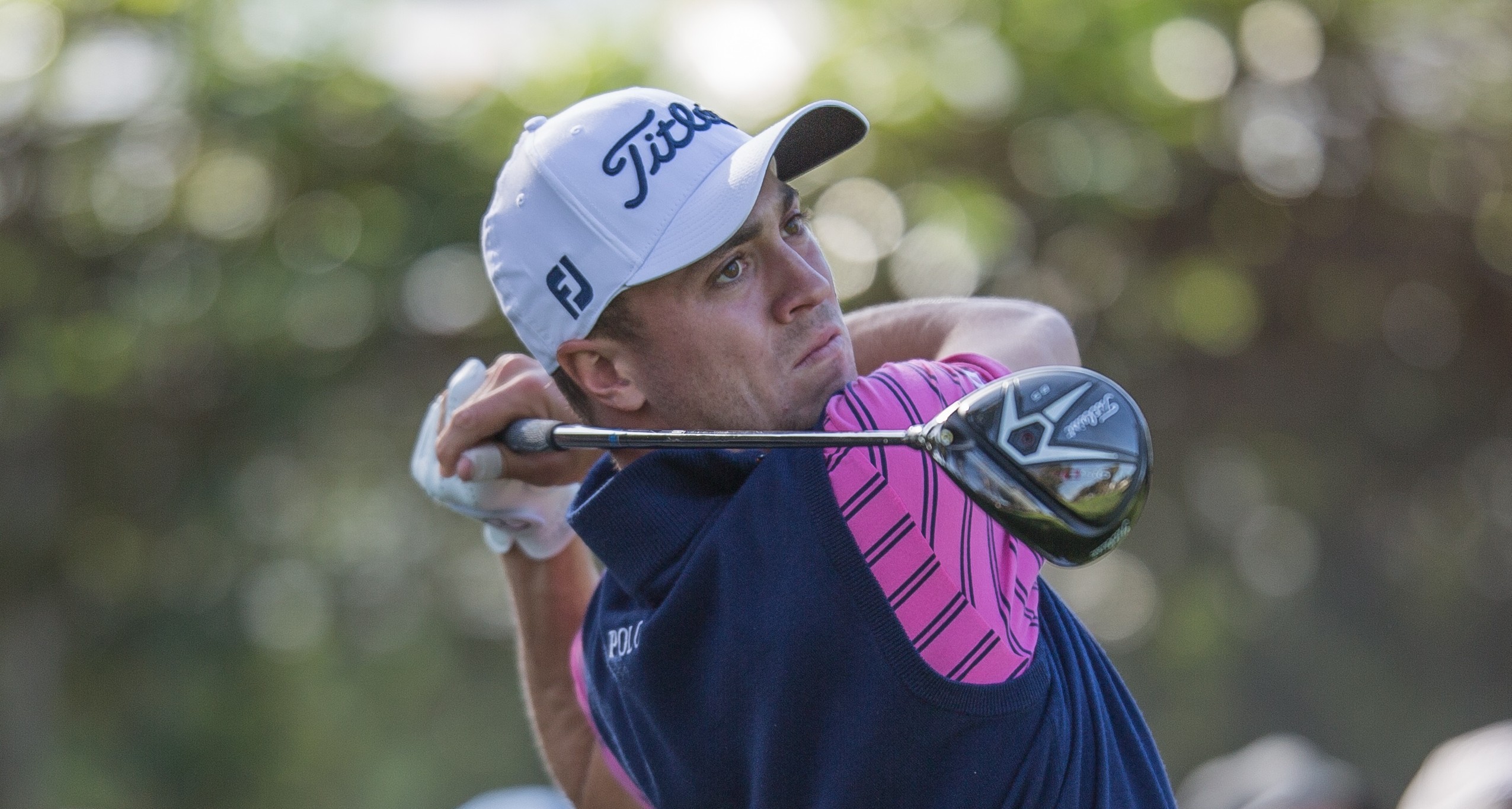 Justin Thomas said he hasn’t been able to really enjoy his PGA Championship yet, but he liked his third round in the Dell Technologies Championship.

Thomas, who has won four times this season and is third in the FedExCup point standings, carded a bogey-free 8-under-par 63 in the rain and is tied with Marc Leishman of Australia heading to the final round in the second event of the playoffs at TPC Boston in Norton, Mass.

“I finally hit it well,” said Thomas, who played his best since winning his first major title at Quail Hollow last month, although he did tie for sixth last week in The Northern Trust. “It was nice. I was really patient going into today. I knew I didn’t have my best stuff and I drove it really nicely today. It was the best I’ve driven it since I can remember. It was crazy to think I played the par-5’s even par. That drives me crazy still but it was a great day in tough conditions, so I’m very pleased. I was really dialed in with my irons today. I hit some great iron shots.

“I never really got to enjoy (the PGA Championship). I never celebrated and it never sunk in. It was three consecutive quick days of media, or even more than that, and then all of a sudden I was like, ‘Look, I have to get ready to play golf again, the playoffs start the next week.’ It may have been the best thing that happened to me.

“Obviously I will enjoy the PGA and whatever else happens this offseason, but right now I am trying to play golf the best I can.”

Thomas collected eight birdies and had 12 3s on his scorecard to match Leishman at 12-under 201 for 54 holes.

Leishman, who is 20th in the point standings, had six birdies including three in a row through No. 15, in a bogey-free 65.

“I drove the ball really well today,” said Leishman, whose second PGA Tour victory came earlier this year in the Arnold Palmer Invitational. “It is a lot easier game in (wet) conditions like this when you are on the fairway. Obviously the putter was pretty hot today. All of the chances you should make, I did, and I rolled a really couple of long ones in too, and that makes a good round into a great round.”

“This is where you want to be. When I came in on Tuesday, this was the plan, to try to give myself a chance to win. I’ve done that but there is a lot of golf between now and then giving out the trophy tomorrow afternoon. Whoever wins is really going to have to earn it and hopefully I can play well and give myself a good chance.”

Paul Casey of England shot 67 and is one stroke back in solo third, while second-ranked Jordan Spieth birdied the last two holes in a 66 and is another shot behind in a tie for fourth with Grayson Murray, who had a 67, and Adam Hadwin of Canada, who finished at 68.

Top-ranked Dustin Johnson posted a 66 and is three strokes down in a tie for seventh with fifth-ranked Jon Rahm of Spain, the 36-hole leader who wound up at 71, while Patrick Cantlay of Los Alamitos and UCLA, had a 68 and is one more back in a tie for ninth with Phil Mickelson, who came in at 69.

Rickie Fowler of Murrieta shot 66 and is tied for 11th.