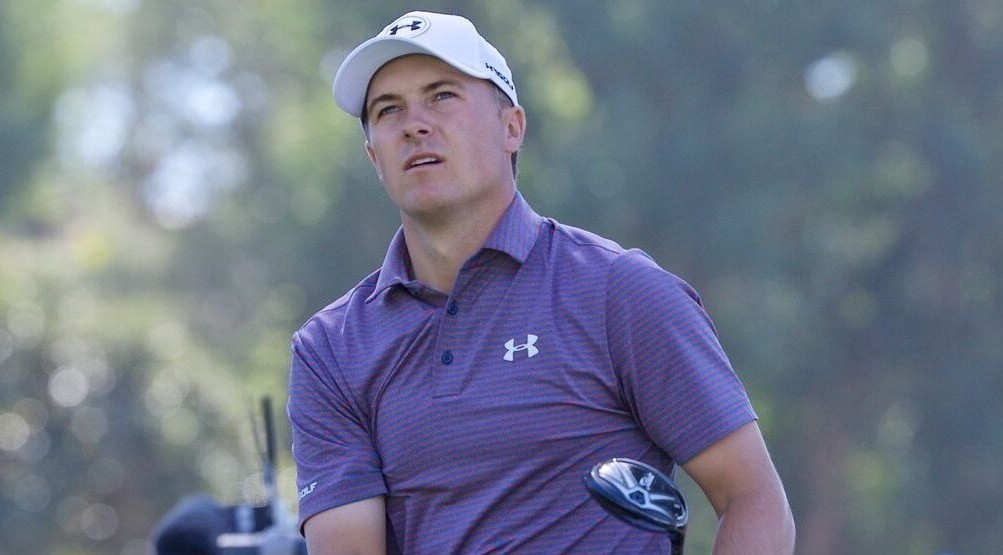 They won’t start calling Jordan Spieth “Mr. Runner-up,” anytime soon, even though he finished second in the first two playoff events and three times in his last nine tournaments.

After all, he is ranked second in the Official World Golf Ranking and leads the FedExCup point standings heading into the third playoff event, the BMW Championship this week at Conway Farms Golf Club in Lake Forest, Ill.

“They just played better than me,” said Spieth, who lost out to top-ranked Dustin Johnson in the Northern Trust to open the postseason before his good pal Justin Thomas beat him in the Dell Technologies Championship.

“Things are in really good shape,” Spieth said. “It’s just a matter of closing it out. You know, (in the Northern Trust), I had a chance and ran into Dustin. (In the Dell), I was tied on the back nine at one point, through 13, and needed a couple more (shots) to get there.

“I didn’t lose it tournament. (Thomas) won it, you know.”

Spieth does have three victories this season, including his third major title in the Open Championship at Royal Birkdale. He has won 11 times in his PGA Tour career to go with 13 runner-up finishes.

On a much smaller scale, his record is a bit like that of the great Jack Nicklaus, who won 78 tournaments and finished second 58 times. The Golden Bear won a record 18 majors in addition to finishing second 19 times.

As Spieth said, sometime the other guy simply plays a little better.

Nobody played better than the then-22-year-old Texan in 2015, when he won five times, including the Masters and U.S. Open. That year, he finished no worse than a tie for fourth in any of the four majors before capping the season by winning the Tour Championship to claim the FedExCup.

Spieth rose to No. 1 in the world, but there have been times in the past two years when there was talk of him being in a slump, even though he won three times around the world in 2016 and before adding another three victories in 2017.

He arrived at the PGA Championship this summer with a chance to complete the career Grand Slam, but he tied for 28th at Quail Hollow in his first bid to become the sixth player pull off that feat.

Now he has a chance to join Tiger Woods as the only players to win the FedExCup twice.

“Even if I do win it, I’ll call it the second-best year I’ve had,” said Spieth, who has finished in the top 20 in the BMW Championship all for times he has played the tournament, with his best result a tie for eighth in 2014 at Cherry Hills in Colorado.

“I’m hitting the ball as good or better consistently as I’ve ever hit it. And my putter, it’s starting to come around. I tried to mess with things for most of the year, and I just stopped trying to mess with it and just set the putter right down and hit it right there. If it goes in, great, and if it doesn’t, then it doesn’t.”

Spieth is in a four-way battle with Thomas, Johnson and Hideki Matsuyama of Japan for the PGA Tour’s Player of the Year Award. Thomas grabbed the lead two weeks ago at the Dell with his fifth victory of the season, a tally that includes his first major in the PGA Championship at Quail Hollow.

Johnson, the defending champion in the BMW, has won four times this season, including two World Golf Championships and the playoff opener. Matsuyama has three victories, also including two WGC titles.

“If the four of us finish 20th from here on in, I think it’s probably Justin’s,” said Spieth, who has finished in the top 10 on 10 occasions this season, eight of those top threes. “But I think that, again, it’s very much in the air.

“I mean, he’s got (five) wins and a major. A major, and we’re going to have a pretty good taste of what everybody equates World Golf Championships, majors, whatever it may be.

“But if any of the four of us were to win the FedExCup title, it’s Player of the Year. But I would put myself in third behind Justin and Dustin.”

Regardless of what happens this week, Spieth is guaranteed to head to the finale at East Lake Golf Club in Atlanta in the top five, giving him the chance to claim his second FedExCup with a victory.

And in position to possibly finish second — again.