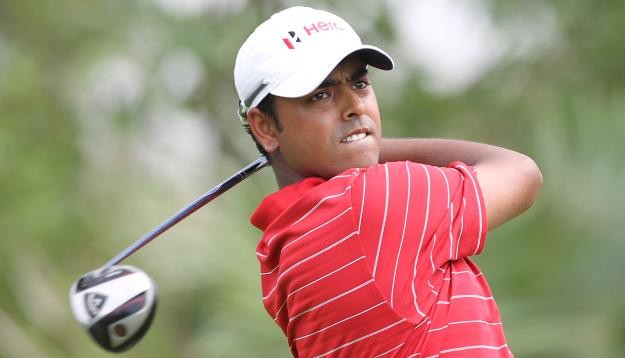 Anirban Lahiri of India shot 7-under-par 65 at TPC Kuala Lumpur to take a four-stroke lead over defending champion Justin Thomas and Russell Knox of Scotland after three rounds of the CIMB Classic in Kuala Lumpur, Malaysia.

“It’s very satisfying to finish the way I did, definitely a big positive,” said Lahiri, who lost in a playoff at the Venetian Macao Open last week. “I was determined today to keep my focus right through the 18 holes, and I’m happy I managed to do that. Just going to try to do the same tomorrow.

“I just told myself that I got rid of my double-bogey early in the round today and just tried to focus on what I needed to do. You know, like I said, I feel like I’m hitting it good with my irons, my wedges and I’m putting it good.”

Thomas, who was tied for the lead after round one and alone at the top after 36 holes, bounced back from a bogey-double bogey-bogey start to the back nine by salvaging a 71 with five straight birdies to finish, while Knox, who has won twice on the PGA Tour in the last year, recorded a 68.

Derek Fathauer, who shared the first-round lead with Thomas at 64, carded a bogey-free 68 and was five strokes behind in a tie for fourth with James Hahn of Alameda and Cal, and Hideki Matsuyama of Japan, who both had 69s.

Scott Piercy was another shot back in so seventh after a bogey-free 67, followed by Keegan Bradley, who was seven down in eighth following a 68.

Brendan Steele of Idyllwild and UC Riverside, who won the Safeway Open last week in Napa, posted a 69 and was eight shots behind in a tie for ninth with Adam Scott (66) of Australia, Tyrone Van Aswegen (66) of South Africa, Emiliano Grillo (66) of Argentina, Ryo Ishikawa (68) of Japan, Rafa Cabrera Bello (69) of Spain, Zac Blair (69) and Marc Leishman (71) of Australia.