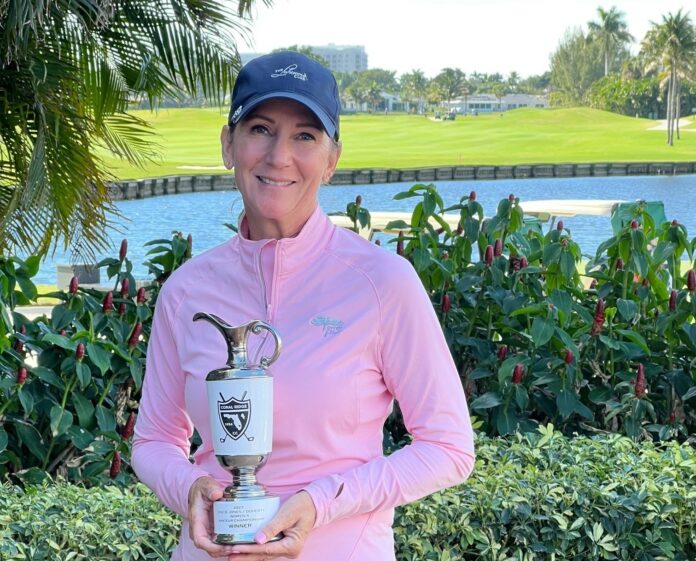 Shelly Haywood of Huntington Beach went all the way to Florida and didn’t come home empty-handed.

“I’m grateful and blessed to be on this list of champions,” said Haywood, the 2022 Southern California Golf Association’s Senior Women’s Player of the Year who plays out of Costa Mesa Country Club. “The last match was an epic battle.”

Haywood, who has finished in the top five in all of her last seven tournaments, reached the final by routing Gigi Higgins of Cape Coral, Fla., the 2016 Florida Women’s Senior Player of the Year, 7 and 5.

In stroke-play qualifying, Heywood and Kyrinis both tied for sixth with scores of 3-over-par 75, while Terrill Samuel of Canada finished first at 72. Corey Weworski of Carlsbad and La Costa Resort and Spa, a three-time California Women’s Senior Amateur champion, tied for 12th at 77, but lost to Kyrinis, 4 and 3, in the quarterfinals.

Morgan Miller of Cedar Park, Texas, a freshman at the University of Colorado claimed the Amateur Division by beating Ina Kim-Schaad of New York, the 2019 U.S. Mid-Amateur champion who grew up in Los Angeles,  2 and 1, in the final.

The tournament was first played in 1933, when it was won by Opal S. Hill.