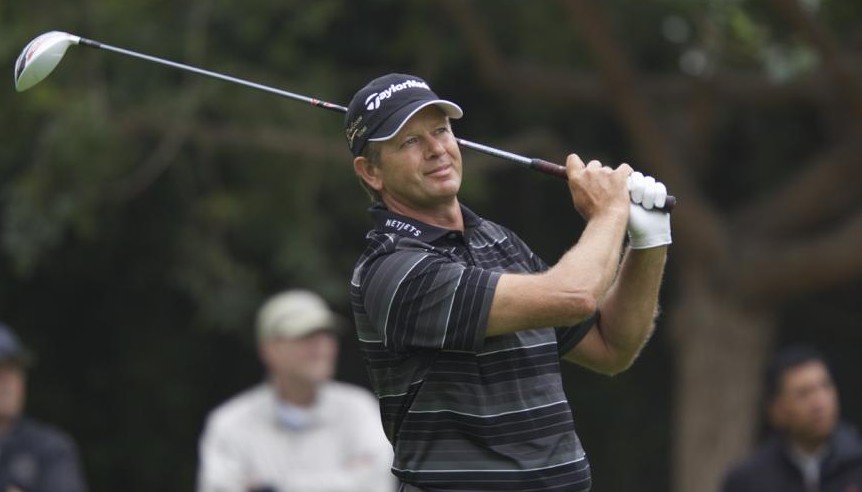 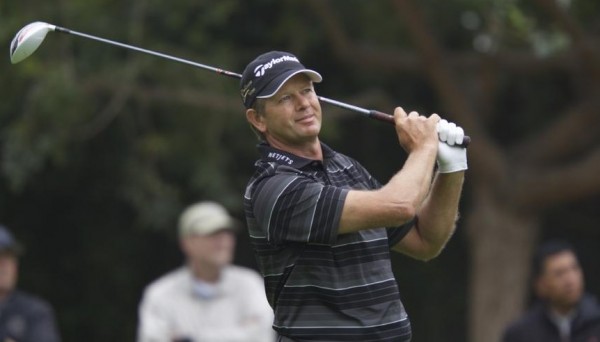 Retief Goosen of South Africa carded a bogey-free 8-under-par 63 to tie Ryo Ishikawa of Japan for the first-round lead in the Quicken Loans National at Robert Trent Jones Golf Club in Gainesville, Va.

The 46-year-old Goosen, a two-time U.S. Open champion, birdied three of the first five holes and had four birdies on each nine at the course where he played for the International team in the 2005 President’s Cup, in which he had a 4-0-1 record in a losing cause.

“I hit a lot of iron shots close that gave me birdie chances,” said Goosen, who has won seven times on the PGA Tour, but not since the 2009 Transitions Championship. “I missed a couple of short ones, actually, out there but just one green missed in regulation and I got that up-and-down. So overall, a great round.”

Ishikawa, who has won 12 times as a pro but never on the PGA Tour, started at No. 10 and birdied the last five holes back nine and did the same at No. 1.

However, he saved his best shot for the fourth hole, where he hit his tee shot into the hole for an ace from 178 yards.

Justin Leonard, the 1997 Open champion who claimed the last of his eight PGA Tour victories in the 2008 St. Jude Championship, could have had a share of the lead but made his only bogey while finishing on No. 9 to settle for a 64 and was tied for second with Kevin Chappell of Fresno and UCLA, and Ernie Els of South Africa, who holed an 11-foot eagle putt on the 14th hole.

Steve Wheatcroft posted a bogey-free 65 and was tied for sixth with Jeff Overton, Mark Hubbard and Andy Sullivan of England.

Rookie Patrick Rodgers of Stanford made only one bogey in a 66 and was tied for 10th with defending champion Justin Rose of England, Jonas Blixt of Sweden, Greg Owen of England, rookie Justin Thomas, Gonzalo Fernandez-Castano of Spain, Arjun Atwal of India and former Georgia Tech star Ollie Schniederjans, in his second event as a pro.

Rickie Fowler made a walk-off ace on the 200-yard ninth hole and was in a tie for 18th with a 67, and tournament host Tiger Woods bounced back from bogeys on three of his first four holes to play flawlessly the rest of the way in a 68 that left him tied for 27th.