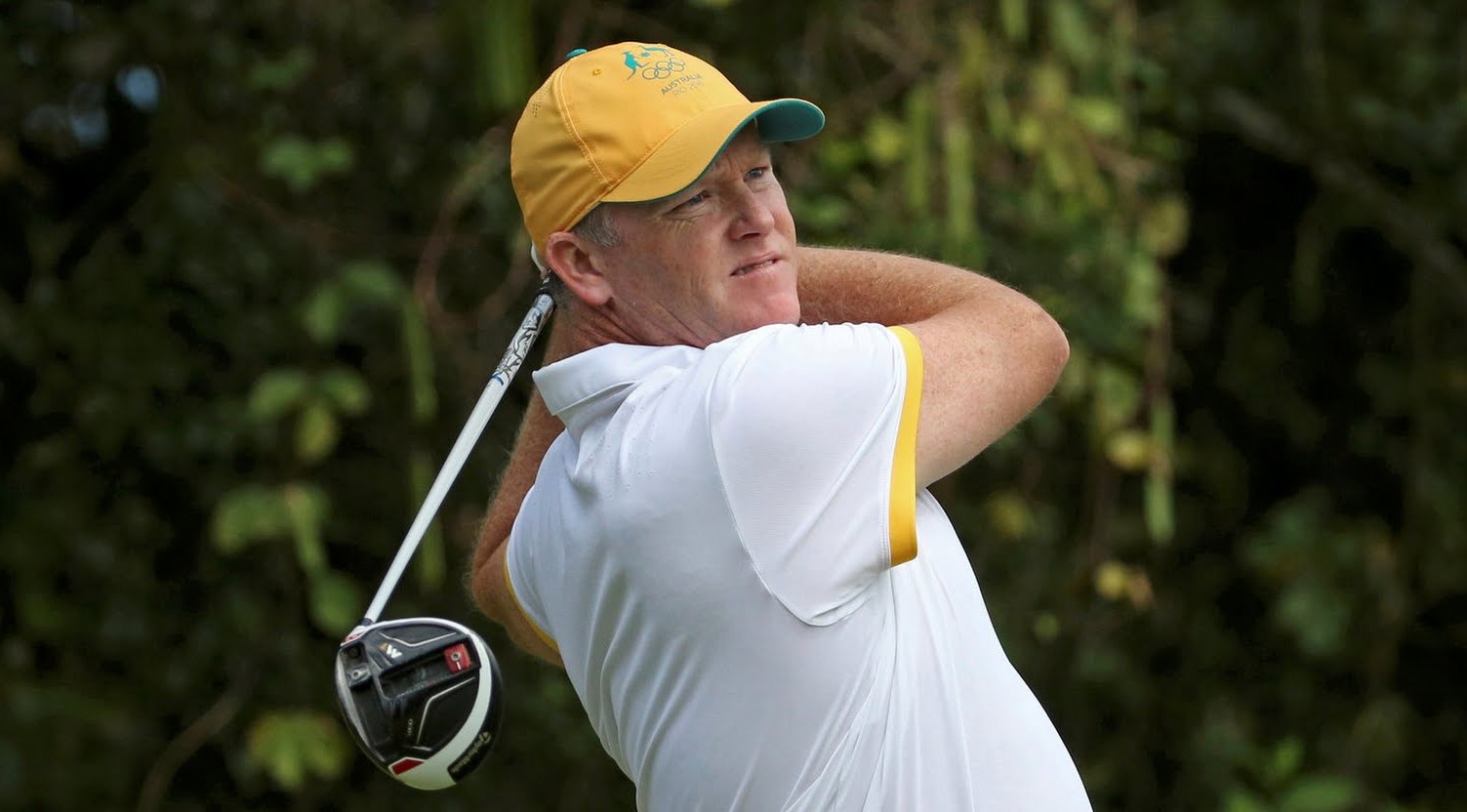 Marcus Fraser of Australia is playing in the Olympic Games only because fellow Aussies Jason Day, Adam Scott, Marc Leishman and Matt Jones decided not to.

Fraser, No. 90 in the World Golf Rankings, birdied the last hole to complete a 2-under-par 69 and held a one-stroke lead over Thomas Pieters of Belgium midway through the Men’s Olympic Tournament on the Olympic Golf Course in Rio de Janeiro.

“It was pretty good,” said Fraser, who said a tip from Aussie Captain Ian-Baker Finch during practice earlier this week led to improved ball-striking. “It was pretty similar to yesterday, I just didn’t make as many putts.

“It’s great to have someone like Ian to pick his brain. I’m driving the ball better than I have in the last 12 months. … It was great to get that birdie on the last hole and I’ll just get ready for tomorrow.”

Pieters birdied the first three holes and overcame two bogeys on the back nine by finishing with three consecutive birdies to post a 66 that tied for the lead until Fraser made his closing birdie.

“It’s a good golf course and you need to hit good shots, which I did the last two days,” said Pieters, whose only two pro victories came on the European Tour.

“We’ve seen all types of weather: rainy and cold, hot and windy. But it’s the Olympics and I remind myself of that every day when I wake up. This is the best week of my life so far and I’m just trying to enjoy it.”

Henrik Stenson of Sweden, who won the Open Championship last month at Royal Troon, birdied three of the last four holes to post a 67 and was two shots back in third, while Justin Rose carded a 69 and was four strokes behind in a tie for fourth with Gregory Bourdy of France, who had two late birdies in another 69.

Danny Lee of New Zealand had the low round of the day at 65 by finishing with four consecutive birdies and was five shots down in a tie for sixth with Fabian Gomez of Argentina, who totaled 67, Rafa Cabrera-Bello of Spain, who shot 70, and Graham DeLaet of Canada, who wound up at 71.

Matt Kuchar shot 70 with two late birdies and led the American contingent in a tie for 14th, while Bubba Watson finished off a 67 with three straight birdies to tie for 18th.

Patrick Reed carded a 69 and was tied for 22nd, and Rickie Fowler of Murrieta was 50th after a 71.