Day withdraws from match play to be with ailing mom 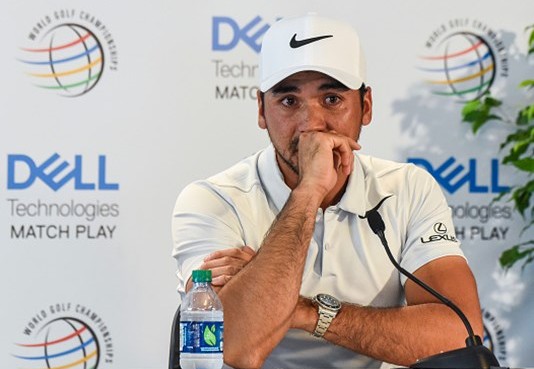 Second-seeded Rory McIlroy of Northern Ireland, who won the tournament in 2015, and fifth-seeded Jordan Spieth were the biggest upset victims on the first day of the WGC-Dell Technologies Match Play at Austin Country Club in Austin, Texas.

However, defending champion Jason Day of Australia was the story of the day.

The third-seeded Day withdrew after six holes of his match against Pat Perez and told reporters he wasn’t into golf because his mother has been diagnosed with terminal lung cancer and will undergo surgery on Friday.

“It’s really hard to even comprehend being on the golf course right now because of what she’s gone through,” said an emotional Day, who also won the tournament in 2014. “So I just need some time away with her to make sure that everything goes well because this has been very, very tough for me.

“I’m going to do my best to try to be there the best I can for her because she is the reason that I’m playing golf today. And family is first and it’s just a hard time.”

McIlroy came back from 2 down after 10 holes to take the lead over Soren Kjeldsen of Norway with five holes remaining, but Kjeldsen pulled off the upset by closing with four consecutive birdies for a 2 and 1 victory.

“He’s such a great player, so I knew I had to go and play well. I had to focus on what I was doing and I played really well today,” said Kjelsden seeded 62nd. “My mindset was if I go and shoot a good score, he has to play well to beat me. I obviously know he’s capable of that, but I managed just to squeeze it in.”

Said McIlroy: “I played well. If I had played anyone else, I might have won. Soren played great. I think I have to give him credit. He played really, really well from the first hole.”

Unheralded Hideto Tanihara of Japan, playing in the WGC-Match Play for the first time, took down Spieth by a score of 4 and 2.

The 38-year-old Tanihara took a 1-up lead with a 15-foot birdie putt on the seventh hole and never trailed, almost holed his approach shot on No 10 to go 2 up, and then won three of the next six holes. Spieth didn’t make a birdie after the first hole.

The losers have a chance to stay alive in the second round of Group Play on Thursday.