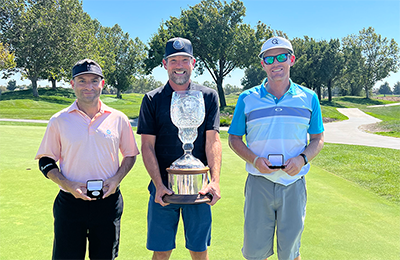 John Jaramillo of Granite Bay made a par on the first playoff hole to turn back Charles Richesin of Lodi and claim the Senior Division title.

Jaramillo, who pulled even with two late birdies in the final round, posted a score of 71-71—142, while Richesin, who had two bogeys on the back nine after holding the lead, finished at 69-73—142.