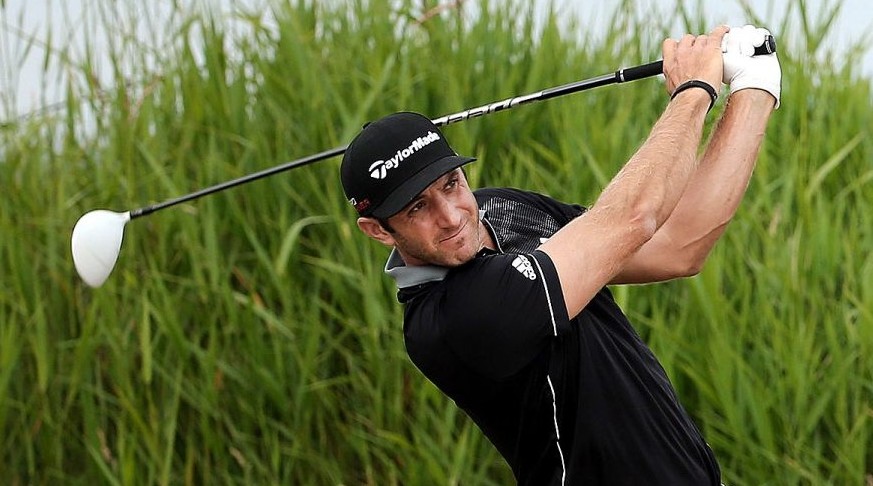 Dustin Johnson stumbled out of the gate, but for the second straight day he was tied for the lead at the finish.

DJ, the U.S. Open champion who is No. 2 in the World Golf Rankings, rallied to shoot 1-under-par 71 and again shared the top spot with Luke List midway through the RBC Canadian Open at Glen Abbey Golf Club in Oakville, Ontario, Canada.

“I think I was still asleep for the first four holes,” said Johnson, who started with a par at No. 10 but then went bogey-double bogey-bogey on the next three holes. “I woke up after that and played better.

“I drove the ball well again and if you do that here you can hit it close and make some birdies. I hit a lot of good shots after the first few holes. … I’ll just have to get off to a better start tomorrow.”

Johnson collected six birdies in a span of nine holes through No. 6 and would have held the lead by himself if not three-putting from 41 feet for a bogey on the eighth hole.

Amateur Jared du Toit, trying to become the first Canadian winner of the tournament since Pat Fletcher in 1954, held the lead after three birdies on the front nine after starting at No. 10 and recovered from a triple-bogey 8 on the second hole with three late birdies in a 71.

That left du Toit one stroke back in a tie for third with Jon Rahm of Spain and Kelly Kraft, who also had 71s.

Ricky Barnes of Stockton had four birdies on the back nine in a 68 and was two shots behind in a tie for sixth with Ben Crane, who chipped from 26 feet in for eagle on the second hole in a 70, Tyler Aldridge, who also totaled 70, and Brendon de Jonge of Zimbabwe, who wound up at 71.

Top-ranked Jason Day of Australia, the defending champion, struggled to a 76 and was tied for 47th.