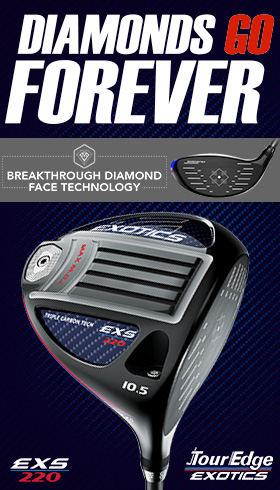 In 1849, thousands of people flocked to California from around the world, hoping to strike it rich in the Gold Rush. These days, golfers who come to the Golden State and even many who live here, are looking for greener pastures which are not difficult to find because the state boasts some of the best resort and public California golf courses anywhere. And you can discover them in Northern and Southern California, near the ocean and the mountains, in addition to the foothills and the flatlands. Making California golf even better is the climate, because you can get in 18 holes or more virtually every day all year long, as long as you can handle a possible brief rain shower or some fog rolling in off the Pacific Ocean. However, on most days you will be playing California golf in sunshine with perhaps a mild breeze.

Pebble Beach Links is the California golf jewel, of course, recognized as one of the great courses in the world and definitely the best California golf round. It’s located at what has been called the greatest meeting of land and water on the planet. It’s impossible to calculate how many people have migrated to California after watching the annual AT&T Pebble Beach Pro-Am, formerly the Bing Crosby Clambake, on television in the middle of winter from their living rooms in the snowbound North, East and Midwest. Anyone can play Pebble, if you are willing to pay the price. Golfers come from everywhere to stay at The Lodge and experience what often is a once-in-a-lifetime California golf experience. If Pebble is too pricey for your taste, you can enjoy a similar experience at other venues on the Monterey Peninsula such as The Links at Spanish Bay, Spyglass Hill, Poppy Hills, Quail Lodge, Old Del Monte Golf Course and the sporty Pacific Grove Golf Links, a muni course in which nine holes play along the ocean.

Not far away are the California golf Bayonet and Black Horses courses in Seaside, Carmel Valley Ranch Club, San Juan Oaks Club (which had Fred Couples on the design team) and Ridgemark Golf Resort, both in Hollister, CordeValle Golf Club in San Martin and in Santa Cruz, Delaveaga Park and Pasatiempo Golf Course—both designed by legendary Alister Mackenzie.

Right up the coast in San Francisco are the California golf courses TPC Harding Park, where Tiger Woods beat John Daly in a playoff at the 2005 WGC-American Express Championship, Presidio, Sharp Park (Alister Mackenzie again) and Lincoln Park Golf Course. On the other side of San Francisco Bay, don’t miss Monarch Bay Club in San Leandro, the Bridges Club in San Ramon, Boundary Oak Golf Course in Walnut Creek, the renovated South Course at Corica Park in Alameda and Oakhurst Country Club in Clayton, The Course at Wente Vineyards in Livermore plus its neighbor, Poppy Ridge. Heading East, you will find The Reserve at Spanos Park in Stockton, Diablo Grande Golf and Country Club in Patterson, Micke Grove in Lodi and Greenhorn Creek Resort in Angels Camp.

In the capital city of Sacramento, California golf offers Haggin Oaks Golf Complex, which has been around since 1932, Teal Bend Club and Bing Maloney, and outside the city limits are Timber Creek Golf Course in Roseville, Turkey Creek in Lincoln and Yocha Dehe Creek Golf Club at Cache Creek Casino Resort in Brooks.

The Napa Valley is known world-wide as one of the great wine regions, but there also is outstanding California golf, notably on the North and South courses at Silverado Resort and Spa, which annually hosts the PGA Tour for the Safeway Open, hosted by Johnny Miller. But don’t miss Chardonnay Club in Napa and Eagles Vines in American Canyon, Vintner’s Club in Yountville and Oakmont Golf Club in Santa Rosa. Sonoma Golf Club was Sam Snead’s favorite course in the world and you can get a great deal on green’s fees by staying at the Fairmont Sonoma Mission Inn.

When the snow melts around Lake Tahoe, you can play California golf at the Resort at Squaw Creek, on the Mountain and Championship Courses at Incline Village, Northstar Golf Club and Edgewood Tahoe Golf Club, which annually hosts the American Century Celebrity Golf Championship.

In Southern California, perhaps the most well-known California golf course again because of television, is Torrey Pines Golf Course in La Jolla, where Tiger Woods outlasted Rocco Mediate in an epic 19-hole playoff to win the 2008 U.S. Open. Torrey’s North and South courses have hosted what started out as the San Diego Open (now the Farmers Insurance Open), which Woods has won a record seven times, since 1968.

Also worth the trip to the San Diego area are Omni La Costa Resort and Spa in and Park Hyatt Aviara Club and Resort, both in Carlsbad, The Crossings at Carlsbad, Coronado Golf Course, Sycuan Golf Resort in El Cajon and a classic short course at Goat Hill Park in Oceanside. For more California golf, within the San Diego city limits are Carmel Mountain Ranch, Balboa Park and Colina Park Golf Course.

Rancho Park in Los Angeles hosted the L.A. Open on 17 occasions until it moved permanently to private Riviera Country Club, and Charlie Sifford became the first African-American to win on the PGA Tour at Rancho Park in 1969. Other California golf must-plays in the L.A. area include Brookside next to the Rose Bowl in Pasadena, Terranea Resort and Trump National Golf Course Los Angeles, both in Rancho Palos Verdes, Alondra in Lawndale, Angeles National Golf in Sunland, Balboa Golf Course in Encino, Diamond Bar Golf Course, the Harding and Wilson courses at Griffith Park in Los Angeles, Industry Hills Golf in the City of Industry, Los Verdes Golf in Rancho Palos Verdes and Mountain Meadows Golf Course in Pomona.

For California golf north of Los Angeles you will find Lost Canyons Golf in Simi Valley, TPC Valencia, Sand Canyon Golf in Santa Clarita, Elkins Ranch Golf in Fillmore, Sunset Hills Country Club in Thousand Oaks, Tierra Rejada Golf Club in Moorpark, Westlake Golf in Westlake Village, Wood Ranch Golf Course in Simi Valley, and Sherwood Country Club in Thousand Oaks, once the site of California golf charity events hosted by Tiger Woods and Greg Norman. Ojai Valley Inn and Spa once was the site of a California golf event on what is now the PGA Tour Champions in the hills above Santa Barbara, and down on the coast you can play Santa Barbara Country Club and Hidden Oaks Golf and in neighboring Goleta are Sandpiper Golf Club and Twin Lakes Golf Club.

For those making even a partial pilgrimage to the outstanding golf courses in California, Interstate 5 dissects the state from North to South, with some of the California golf courses virtually a turnoff away. If somehow you manage to play all of these great layouts and are looking for more, not to worry, because there are so many great California golf courses that we didn’t have the time or space to mention them all.